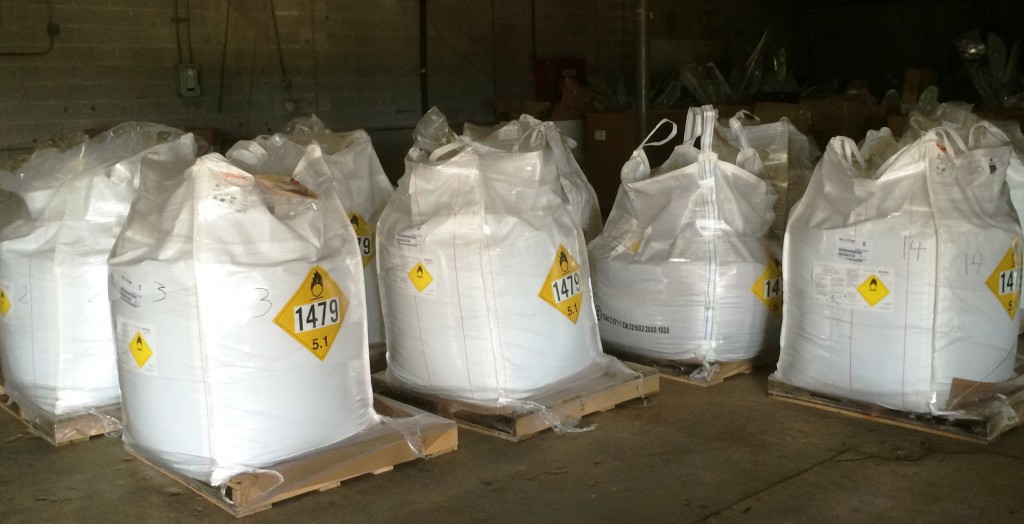 Permanganate is a nonselective oxidant capable of oxidizing certain organic compounds. It is typically supplied as a soluble salt, either as potassium permanganate (KMnO4) or sodium permanganate (NaMnO4,). The two salts differ primarily by solubility; however in aqueous solution both dissolve to release the cation (either Na+ or K+) and the anion (MnO4–):

The active oxidant for either salt is the permanganate anion (MnO4–), which is a strong and persistent oxidant in the subsurface. The permanganate oxidation pathway for alkenes such as PCE, TCE and VC begins with electrophilic attack on the carbon-carbon double bond, producing a cyclic hypomanganate diester as a reaction intermediate. There are two potential oxidation pathways for the diester intermediate, via either hydrolysis to glycol aldehyde or bond cleavage to formaldehyde. Both compounds continue to degrade to carboxylic acids.